Albert Camus is a French philosopher, author, and journalist. Camus was born on 7 November 1913. His father, Lucien Camus, is a poor agricultural worker. Camus never knew him because he died when Camus was a kid. He spent his childhood in a poor neighborhood and later studied philosophy at the University of Algiers. He married twice but had many extramarital affairs. Camus was politically active; he was part of the left that opposed the Soviet Union because of its totalitarianism.

Camus’s first publication was a play called ‘Revolt in the Asturias’ written with three friends. A Happy Death, The Stranger, The Plague, The Fall, and The First Man is his best work. The Stranger Albert Camus’s Quotes are inspired by his famous novel The Stranger. Camus’s views contributed to the rise of the philosophy known as absurdism. He was impressed by ancient Greek philosophers and Friedrich Nietzsche. Camus died on 4 January 1960 at the age of 46, in a car accident.

Having money is a way of being free of money.  -Albert Camus

You cannot create experience. You must undergo it. -Albert Camus

Blessed are the hearts that can bend; they shall never be broken. -#Camus Quotes

Charm is a way of getting the answer yes without ever having asked a clear question. -Albert Camus

To create is to live twice. -Albert Camus

He who despairs of the human condition is a coward, but he who has hope for it is a fool. — Albert Camus

You will never be happy if you continue to search for what happiness consists of. You will never live if you are looking for the meaning of life. — Albert Camus

Real generosity toward the future lies in giving all to the present. — Albert Camus

In the depth of winter I finally learned that there was in me an invincible summer. — Albert Camus

Without freedom, no art; art lives only on the restraints it imposes on itself, and dies of all others.  — Albert Camus

But what is happiness except the simple harmony between a man and the life he leads. — Albert Camus

Virtue cannot separate itself from reality without becoming a principle of evil. — Albert Camus

A novel is never anything but a philosophy put into images. — Albert Camus

The slave begins by demanding justice and ends by wanting to wear a crown. He must dominate in his turn. — Albert Camus

In our society, any man who doesn’t cry at his mother’s funeral is liable to be condemned to death. — Albert Camus

In the midst of winter, I found there was, within me, an invincible summer. — Albert Camus

In the depth of winter, I finally learned that there was within me an invincible summer.— Albert Camus

All great deeds and all great thoughts have a ridiculous beginning. Great works are often born on a street corner or in a restaurant’s revolving door. — Albert Camus

In default of inexhaustible happiness, eternal suffering would at least give us a destiny. But we do not even have that consolation, and our worst agonies come to an end one day. — Albert Camus

Some people talk in their sleep. Lecturers talk while other people sleep. -Albert Camus

An achievement is a bondage. It obliges one to a higher achievement.  — Albert Camus

There is no fate that cannot be surmounted by scorn.— Albert Camus

The evil that is in the world almost always comes from ignorance, and good intentions may do as much harm as malevolence if they lack understanding. -Albert Camus

It is better to burn than to disappear. ― Albert Camus

I explained to him, however, that my nature was such that my physical needs often got in the way of my feelings. ― Albert Camus

I opened myself to the gentle indifference of the world. ― #The Stranger Albert Camus Quotes

After a while you could get used to anything. ― Albert Camus

I had only a little time left and I didn’t want to waste it on God. ― Albert Camus

One always has exaggerated ideas about what one doesn’t know. ― Albert Camus

Since we’re all going to die, it’s obvious that when and how don’t matter. ― Albert Camus

If something is going to happen to me, I want to be there. ― Albert Camus

Maman used to say that you can always find something to be happy about. ― Albert Camus

Mother died today. Or maybe yesterday; I can’t be sure. ― Albert Camus

it was like knocking four quick times on the door of unhappiness. ― Albert Camus

There are crimes of passion and crimes of logic. The boundary between them is not clearly defined. – Albert Camus

The act of Love is a confession.

There is only a way of looking at things,A way that comes to you every once in a while.

That’s why it’s good to have loved your life after all. To have had an unhappy passion gives you an alibi for the vague Des Peres we all suffer from.

True love is exceptional Two or three times a century, more or less. The rest of the time there is Vanity or boredom.

Blessed are the hearts that can bend; they shall never be broken. –Albert Camus

Men and women consume one another rapidly and what is called The act of love. #Albert Camus Quotes On Love

We always deceive ourselves twice about the people we love. First of their advantage then to their disadvantage.

Without Beauty, Love or danger it would almost be easy to live.

I’ve seen enough people who die for an idea I don’t believe in.

What interests me is living and dying for what one loves.

A Loveless world is a dead world. -Albert Camus

Without memories without hope, They lived for the moment only Indeed, The here-and-now had come to mean everything to them.

Life can be magnificent and overwhelming-That is the whole tragedy.

Believe me there is no such thing as great suffering Great regret Great memory Everything is forgotten Even a great love.

That’s what’s sad about life And also what’s wonderful about it.

For there is merely bad luck and not being loved; There is Miss Fortune and not loving.

All of us Today Are dying of this misfortune For violence and hatred drawing of the heart itself; The long fight for justice exhausts the love that nevertheless gave birth to it.

Love cannot accept what it is.

In the depth of winter I finally learned that within me there lay an invincible summer.

I would like to be able to breathe— to be able to love her by memory or fidelity. But my heart aches. I love you continuously, intensely. -Albert Camus

But it’s not easy. I’ve been thinking about it for years. But we loved each other. We didn’t need words to make ourselves understood. But people don’t love forever.

Love is the kind of illness that does not spare the intelligent or the doll.

Wounds from love, unlike wounds from bullets, do not kill anyone, but they also do not heal never.  — Albert Camus

In order to understand the world, one has to turn away from it on occasion. — Albert Camus

Nobody realizes that some people expend tremendous energy merely to be normal.

All men have a sweetness in their life. That is what helps them go on. It is towards that they turn when they feel too worn out.  — Albert Camus

The only things that matter are humanity and simplicity.

The only serious question in life is whether to kill yourself or not. -Albert Camus

Anxiety is just a slight disgust for the future. — Albert Camus

You will never be happy if you continue to search for what happiness consists of. You will never live if you are looking for the meaning of life.

Without culture, and the relative freedom it implies, society, even when perfect, is but a jungle. -Albert Camus

When the soul suffers too much, it develops a taste for misfortune.  -Albert Camus

Real generosity towards the future lies in giving all to the present.  -Albert Camus

Autumn is the second spring when every leaf is a flower. -Albert Camus

Fiction is the lie through which we tell the truth.  -Albert Camus

People hasten to judge in order not to be judged by themselves.  -Albert Camus

Since we’re all going to die, it’s obvious that when and how does not matter.  -Albert Camus

It was previously a question of finding out whether or not life had to have a meaning to be lived. It now becomes clear on the contrary that it will be lived all the better if it has no meaning.  -Albert Camus

To be happy, we must not be too concerned with others. #Albert Camus Meaning Of Life Quote

The human heart has an annoying tendency to call fate only that what surrounds you.  -Albert Camus

Seeking what is true is not what is desirable.

there is no love of life without despair about life.

one great love which happened once in a lifetime justifies all those endless bouts of despair to which a person is usually so exposed.

what is called a reason for living is also an excellent reason for dying.

Life can be magnificent and overwhelming. That is the whole tragedy without beauty, love or danger it would almost be easy to live.

the most important thing you do every day you live is deciding not to kill yourself.

where there is no hope it is incumbent on us to invent it.

you can’t create experience you undergo it.  — Albert Camus

Always comes an hour when one is weary of one’s work and devotion to duty and all one craves for is a loved face, the warmth and wonder of a loving heart.

Peace is the only battle worth waging.

There is no sun without shadow and it is essential to know the night. #Albert Camus Meaning Of Life Quote

I realized then that a man who had lived only one day could easily live for a hundred years in prison. He would have enough memories to keep him from being bored.

reason is powerless before the cry of the heart.  — Albert Camus

Time passes slowly when you follow it, its senses being followed.

Only those who can afford not to lie are free. — Albert Camus

A person is made a person to a greater extent by what he is silent about than what he says.

Only happy love can prolong the youth of a mature man. Any other instantly turns him into an old man.

A person is always a little to blame for something. — Albert Camus

The only way to buy love for money is to buy a dog. — Albert Camus

The goal of the writer is to keep civilization from self-destruction. — Albert Camus

More than by love a person gets excited by money.

where some saw abstraction others saw the truth. — Albert Camus

To persuade a man to cheat is enough to marry him.

Genius is a mind that knows its limits.  — Albert Camus

Life does not need to be given meaning for this will inevitably lead to the conclusion that there is no need to live. 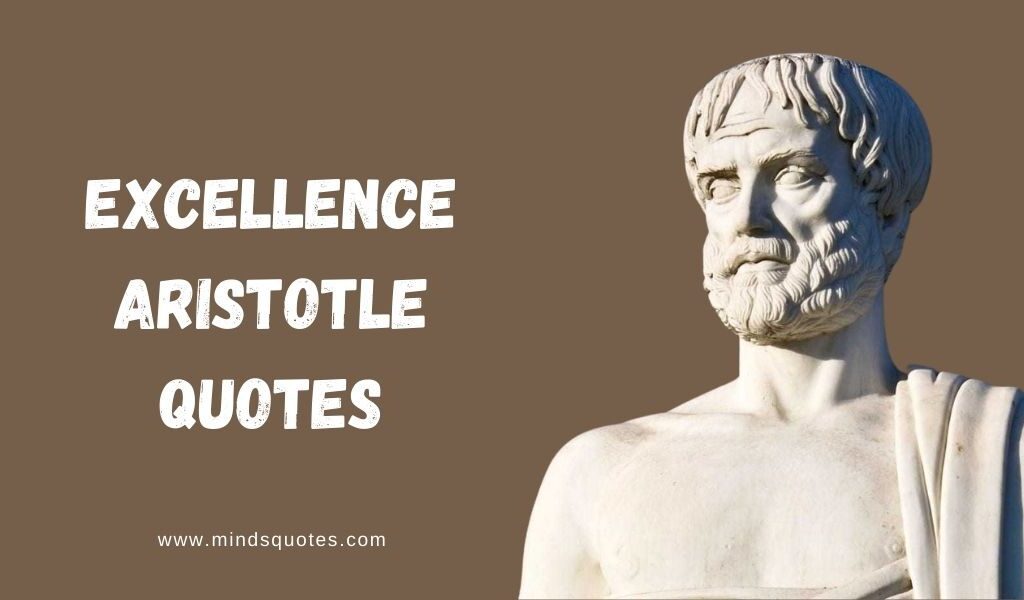